You can never have too much learnin’. I recently participated in the Greenville Growler Station‘s Beer 101 semester: three weekly, one-hour classes. Offered throughout the year alongside other educational series, such as style-centric classes or pairing courses, Beer 101 covers the history of beer, the various styles of beer and the basics of beer and food pairings.

When I arrived to my first class on a Wednesday evening, I was welcomed by manager Pierre Goulette and Jon Richards as the first student—and perhaps the only one. While the class usually enjoys a dozen or more eager participants, I somehow managed to be the only student for the first two sessions. The one-on-one approach was a bit odd (courtesy of me, the anxious, awkward one in the pair), but Jon was a champ!

Jon and I settled into the sunset-lit seating area for the first lesson and first beer. Yes, one of the joys of Beer 101 is that you both learn about beer AND drink it! Each class features at least five samples to go along with the lesson.

My Cicerone-certified teacher was eager to teach, not intimidate, was entertaining and was kind to answer my questions about both the topics at hand the store in general.

Always intrigued by history and having recently watched How Beer Saved the World, I thoroughly enjoyed the first class. The second class on styles was perhaps my favorite because it’s a topic I’m eager to expand my knowledge of. And the final class on pairings, which was blessed with three friends of mine and four new faces, offered many gems that have inspired summertime party plans.

I highly recommend this casual, educational and tasty set of classes. You can sign up for the semester of three courses ($25) or pay for each class individually ($10). Follow Greenville Growler Station on Facebook or Twitter for news of the next Beer 101 sessions. 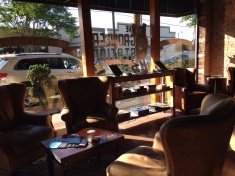 The one time drinking in class is acceptable 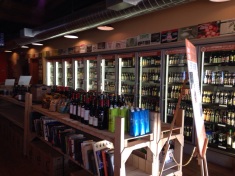 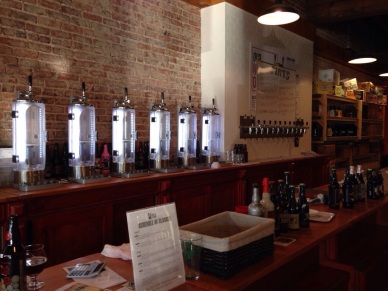 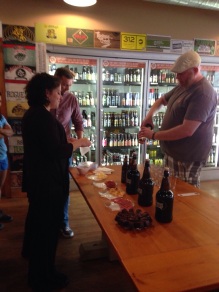 Jon pours the first beer during the pairings class